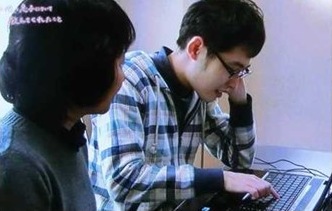 Mr. Naoki Higashida who is suffering from “autism” had developed an ability to deliver language by tracing keys of keyboard of a computer one by one by his finger.
When he was 14 years old, he achieved a book titled “The reason I jump” by this method. It was the very first book in the world about the way of thinking of a client of autism. 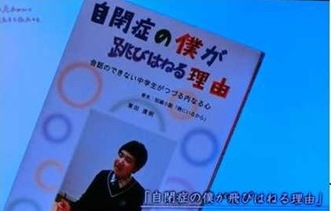 Mr. David Michel, a writer who can read Japanese, was looking for information about autism for his 8 years old son of autism, and found Naoki’s book in amazon. He was deeply moved by it because its every word is just like as if his son was talking directly to him.
He made contact with Naoki immediately and translated the book into English. 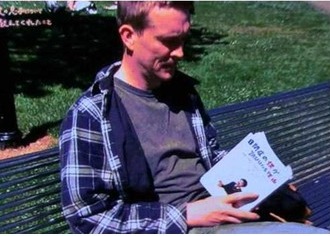 The book was translated into many languages and read by world people. 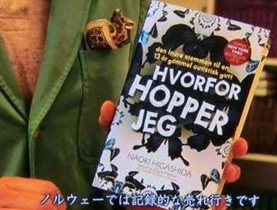 A mother of Norway said that  “By this book, I realy undersood the action, mind and the dream of my son of autism.” 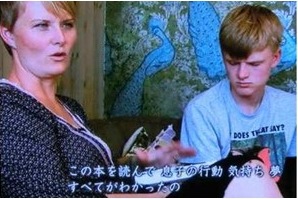 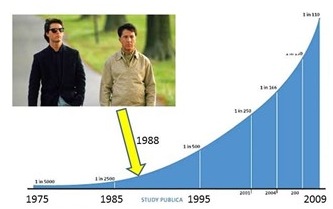 The TV program showed the mechanism of controling languages.
In order to speak, listen and read language well, it is necesary that the two areas of the brain is connected by neurons. 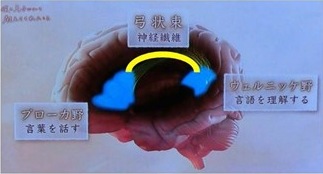 And in the brain of autism child, the growth of a bunch of neuron connecting these two areas is not enough developed for treating language freely.
The TV program said that the reason of the defect was not discovered yet.

But it may be possible to guess the reason from the  following two facts , which are;

Fact 1 : Girls are faster in getting language ability.
Fact 2 : 90% of autism occurs on boys.

The reason why the title of the TV program was “What you taught me about my son”, not my daughter, was simply because there were shown no girls in the program.

Figure below shows the timing of the growth of the bunch of neuron in the brain.
It must be earlier in girls than in boys.

Then a hypothesis is naturally coming up that an event which could influence the growth of brain is being executed commonly in the world in a certain timing , which is, after the growth of the neuron bunch of girls but before that of boys, as is shown by red column below.

It can be injection of childhood vaccines.
On September 23, 2014, an Italian court in Milan award compensation to a boy for vaccine-induced autism. A childhood vaccine against six childhood diseases caused the boy’s permanent autism and brain damage. 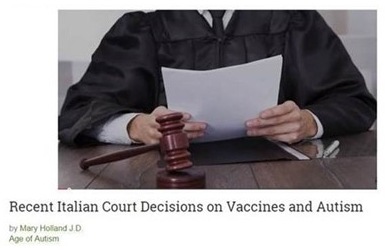 If so, there may be a possible compromising solution which can be agreed by both vaccine makers and parents with fear.
It is to postpone the timing of vaccine at least for boys by half a year or one year as shown below.

Because sales amount of vaccines will not decrease, the idea can be acceptable for world pharmacy companies.

Then the number of autism is expected to decrease remarkably in short term.
There is another fact which supports this hypothesis, which is, most parents of autism boys are saying that their children were just normal boys until they were about two years old.

an addition
According to the recent American movie “The accountant”(main cast  Ben Affleck),
the number of autism in USA is now 1 in 68. Since 2009, it becomes 1.6 times larger only in these 6 years. Another source says it is already more than 1 in 50 (2%).
Then the latest graph should be as below. 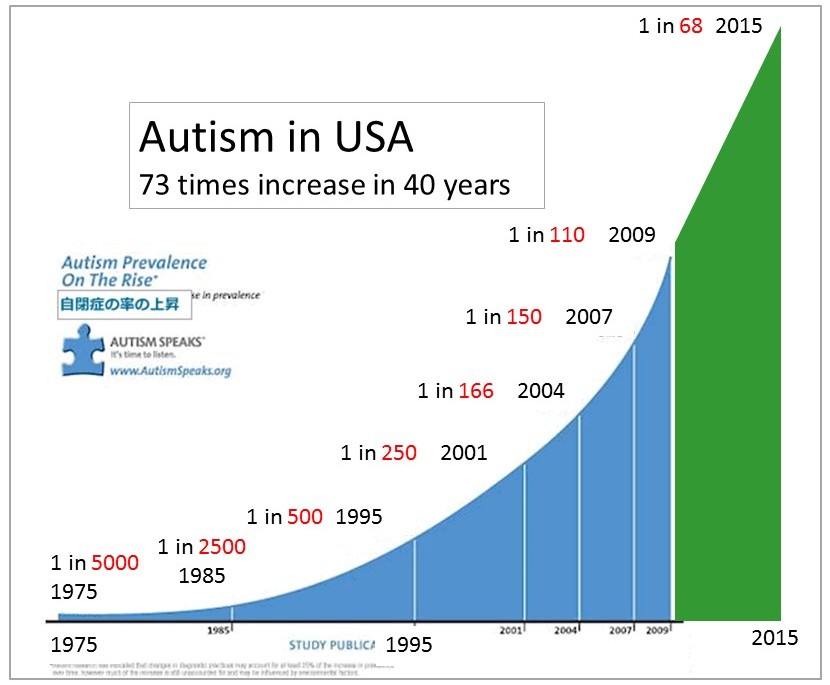 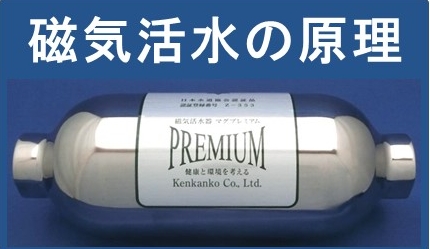